Year 5— On Monday Year 5 learnt how the Great Fire of London started and the effect it had on the city. They built their own houses, arranged them on the playground and thanks to Mr Mansell and his team we were able to recreate the Great Fire by setting them alight! The children were amazed by how quickly the fire spread and the devastation it would have caused.

Year 3– In science the children are looking at rocks and fossilisation. The children used bread, jam and gummy bears to show how fossils are formed!

Year 6-  Tuesday saw Year 6 children travel back in time to the Viking Era. They experienced a Viking village, made bracelets by weaving wool, bronze pendants and went to battle on the playground. In the afternoon they became archaeologists and went digging for artefacts!

Year 4– The children went to the ‘It takes Guts’ show at the Science Museum to learn about the digestive system. The children thoroughly enjoyed watching how the intestines work and how the food travels through the body!

YR— The children went on a winter walk around the school grounds to look for things associated with winter. They found lots of frost and ice that they enjoyed writing their names in and making handprints. In the afternoon Mrs Burton had a special delivery for Reception. The children solved the mystery as to whose footprints were in our corridor and now have two of Santa's Elves watching over them to report back to Santa! 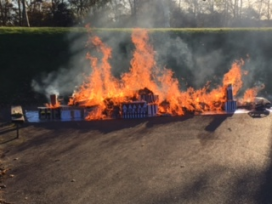 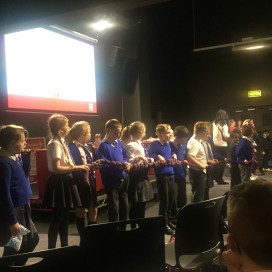