Trips and Visits this week…

They watched The Life of Sir Isaac Newton and learnt all about the scientists he admired and the experiments that he did, which resulted in his famous discoveries. Some of our children even took part in these. Despite an unexpected evacuation due to a fire drill, the children had a fabulous time and were very well behaved—of course!

Y1 were lucky enough to go on a trip to The Tower Bridge Experience on Thursday.

In the morning they visited the Monument, which was built to commemorate the Great Fire of London.  The children were very excited about climbing more than 300 steps.

In the afternoon they had lunch overlooking the River Thames and then walked down to begin the guided tour of Tower Bridge. The children have been learning about materials in Science and have been designing their own bridges in class.  They were very excited about walking on the glass floor and looking down at the water and people below.  They learnt that the bridge was built 120 years ago and that granite, stone and steel were used to construct it.

A great day was had by all and the visit really enhanced the children’s learning! 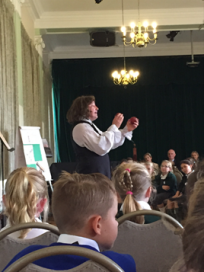 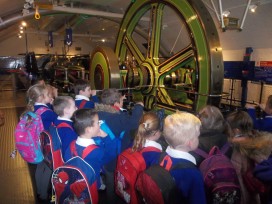 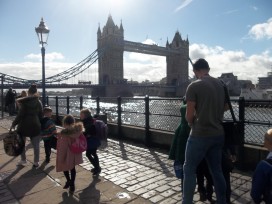