On Thursday morning Amelia Clark in Y6 had a chat with Chris Evans live on air!

Amelia was part of the Radio Two Breakfast Show and was asked about something that she was going to do for the first time that day!...which was “make Mongolian noodles”?!?! Amelia was articulate and enthusiastic and did our school proud!

The whole of Lennon Class then took part in a special live broadcast from Biggin Hill Airport this morning. The broadcast was part of the 75 year anniversary of the Battle of Britain. Ben Burgess was a credit to our school when he was interviewed by Chris Evans and all of the children were lucky enough to take part in a special dance alongside weather presenter and Strictly Come Dancing contestant, Carol Kirkwood.

Mr Ellis and Mrs Lawrence were extremely proud of all of the children who behaved brilliantly and looked so smart in their uniforms. 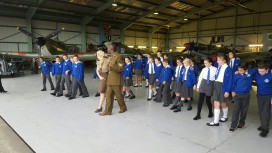 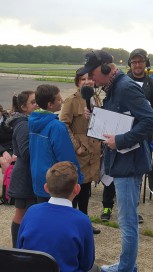